On average, 24 people per minute are victims of rape, physical violence or stalking by an intimate partner in the United States — more than 12 million women and men over the course of a year.

Nearly 3 in 10 women (29%) and 1 in 10 men (10%) in the US have experienced rape, physical violence and/or stalking by a partner and report a related impact on their< functioning.

Nearly, 15% of women (14.8%) and 4% of men have been injured as a result of IPV that included rape, physical violence and/or stalking by an intimate partner in their lifetime.

More than 1 in 3 women (35.6%) and more than 1 in 4 men (28.5%) in the United States have experienced rape, physical violence and/or stalking by an intimate partner in their lifetime.

Nearly half of all women and men in the United States have experienced psychological aggression by an intimate partner in their lifetime (48.4% and 48.8%, respectively).​​​​​​​Females ages 18 to 24 and 25 to 34 generally experienced the highest rates of intimate partner violence.

Nearly 1 in 10 women in the United States (9.4%) have been raped by an intimate partner in her lifetime.

81% of women who experienced rape, stalking, or physical violence by an intimate partner reported significant short- or long-term impacts such as post-traumatic stress disorder symptoms and injury.

More than half (51.1%) of female victims of rape reported being raped by an intimate partner and 40.8% by an acquaintance.

For male victims, more than half (52.4%) reported being raped by an acquaintance, and 15.1% by a stranger

.An estimated 13% of women and 6% of men have experienced sexual coercion in their lifetime (i.e. unwanted sexual penetration after being pressured in a nonphysical way).

27.2% of women and 11.7% of men have experienced unwanted sexual contact (by any perpetrator).

One in 6 women (16.2%) and 1 in 19 men (5.2%) in the United States have experienced stalking victimization at some point during their lifetime in which they felt very fearful or believed that they or someone close to them would be harmed or killed (by any perpetrator).

Two-thirds (66.2%) of female victims of stalking were stalked by a current or former intimate partner.

Repeatedly receiving unwanted telephone calls, voice, or text messages was the most commonly experienced stalking tactic for both female and male victims of stalking (78.8% for women and 75.9% for men).

A child witnessed violence in 22% (nearly 1 in 4) of intimate partner violence cases filed in state courts.

30 to 60% of perpetrators of intimate partner violence also abuse children in the household.

There is a common link between domestic violence and child abuse.

Among victims of child abuse, 40% report domestic violence in the home (from a WORLD REPORT).

One study in North America found that children who were exposed to violence in the home were 15 times more likely to be physically and/or sexually assaulted than the national average.

The U.S. Advisory Board on Child Abuse and Neglect suggests that domestic violence may be the single major precursor to child abuse and neglect fatalities in this country.

In a nationwide survey, 9.4% of high school students report being hit, slapped, or physically hurt on purpose by their boyfriend or girlfriend in the 12 months prior to the survey.

About 1 in 5 women and nearly 1 in 7 men who ever experienced rape, physical violence, and/or stalking by an intimate partner, first experienced some form of partner violence between 11 and 17 years of age.

One in 10 high school students has experienced physical violence from a dating partner in the past year.

Nearly 1 in 3 (29%) college women say they have been in an abusive dating relationship.

52% of college women report knowing a friend who has experienced violent and abusive dating behaviors including physical, sexual, tech, verbal or controlling abuse.

More than half of all college students (57%) say it is difficult to identify dating abuse.

1 in 3 (36%) dating college students has given a dating partner their computer, email, or social network passwords and these students are more likely to experience digital dating abuse.

1 in 5 college women has been verbally abused by a dating partner.

1 in 6 (16%) college women has been sexually abused in a dating relationship1 in 4 dating teens is abused or harassed online or through texts by their partners.

Nearly 1 in 10 teens in relationships report to having a partner tamper with their social networking account (the most frequent form of harassment or abuse).

Only 1 in 5 victims say they experienced digital abuse or harassment at school and during school hours (most takes place away from school grounds).

About 84% of victims are psychologically abused by their partners, half are physically abused, and one-third experiences sexual coercion.

Nearly 33% of women killed in U.S. workplaces between 2003-2008 were killed by a current or former intimate partner.

A survey of American employees found that 44% of full-time employed adults personally experienced domestic violence’s effect in their workplaces, and 21% identified themselves as victims of intimate partner violence.

64% of the respondents in a 2005 survey who identified themselves as victims of domestic violence indicated that their ability to work was affected by the violence.

More than half of domestic violence victims (57%) said they were distracted, almost half (45%) feared getting discovered, and two in five were afraid of their intimate partner’s unexpected visit (either by phone or in person).

Nearly two in three corporate executives (63%) say that domestic violence is a major problem in our society and more than half (55%) cite its harmful impact on productivity in their companies.

Nine in ten employees (91%) say that domestic violence has a negative impact on their company’s bottom line. Just 43% of corporate executives agree.

Seven in ten corporate executives (71%) do not perceive domestic violence as a major issue at their company.

More than 70% of United States workplaces do not have a formal program or policy that addresses workplace violence.

Nearly 8 million days of paid work each year is lost due to domestic violence issues – the equivalent of more than 32,000 full-time jobs.96% of domestic violence victims who are employed experience problems at work due to abuse. 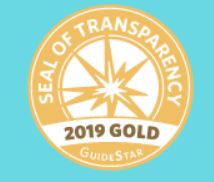